A couple goes out for ice cream after receiving an unwelcome letter from their doctor.

We love Providence. The city is small, but it has a lot of heart; the same is true for its improv scene. We knew the minute that we arrived at last September’s Providence Improv Festival that it would quickly become one of our favorite places to play, and our instincts were right. Happily, we had the opportunity to return there this past Friday to perform at the Providence Improv Guild.

The location suggestion for our show was, appropriately, the Providence State House. What followed was an exploration of the space that, we quickly discovered, was haunted by the ghosts (200 of them, to be exact) of the legislators that preceded us. The ghostly nature of the location provided a very fun environment in which to play, as we found ourselves being literally dragged around the stage by external forces we couldn’t see, and finding fresh sources of increasing amounts of dubious and unidentified blood seemingly at every turn. It was a show with an unusual and strong – and sustained! – physicality. For that reason alone, walking off stage, it felt like a real victory.

Ultimately, however, we allowed the setting and its various quirks and permutations to entirely define the show and completely overwhelm us. We failed to establish a strong connection and relationship to each other at the top of the scene, to the point where, halfway through the show, we *still* didn’t have a full picture of who we were as characters, and who we were to each other.

And why did that happen, exactly? Well, for one, the first moments of the show were extremely tentative ones, and that tentativity induced a domino effect of premise-based and non-committal dialogue and subsequent internal judgment from which we never fully recovered. The character details we found midway through the piece were undeniably funny, sure – what *isn’t* funny about a man who based his entire political campaign around the slogan “I live here” revealing that he’s not actually from the state in question? – but these details came from a place of invention rather than mutual discovery. In short, we knew that we were afraid of what was happening all around us, but we had absolutely no clue about how we felt about literally anything else. For two people who have found their greatest successes and staked their claim around big emotional choices, their absence was, at best, immediately noticeable, and at worst, rattling.

The takeaway: The environment in which we find ourselves *should* be exciting and fun to play, but engaging it should *never* substitute for engaging with each other. The location should serve to activate and heighten the characters and connection we have already established through big emotional choices and reactions. That’s where the real fun lives! That being said, the show was funny and entertaining and different, and the audience was into it. This gives us a great launching pad for our west coast tour, which officially starts tomorrow.

Two Antarctic castaways come to terms with their own impending deaths. 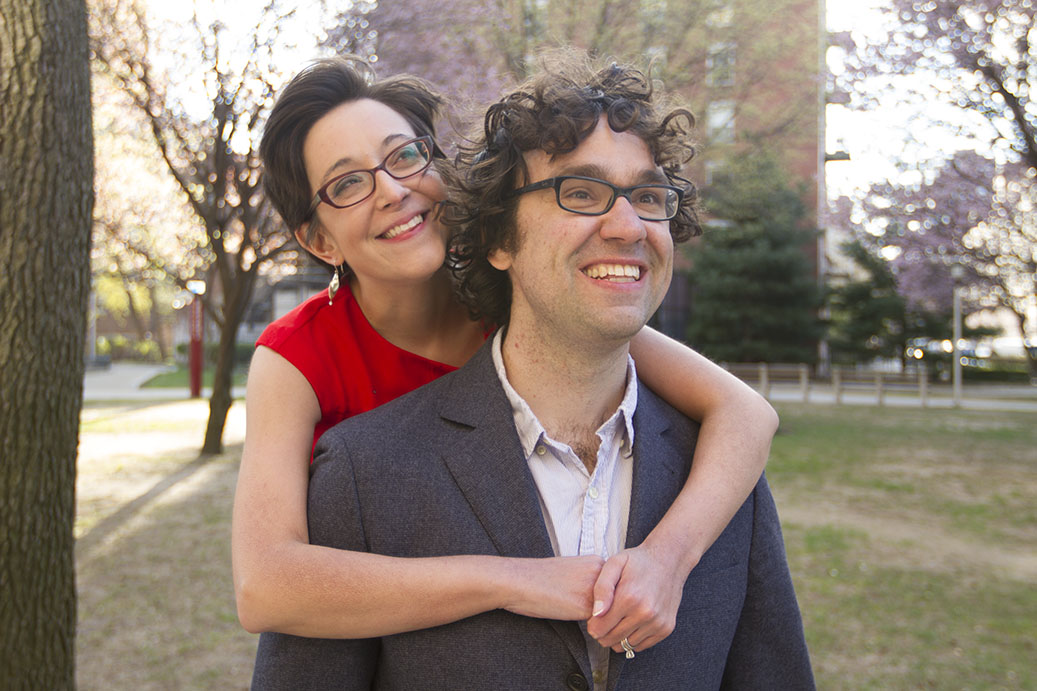 We’re so excited to head down to our nation’s capital this weekend to perform at our friend Jeff Hughes’s monthly comedy show, Happy Buddha! The show is this Saturday, January 10th at 7:30 pm at DC Arts Center, 2438 18th Street, NW.  Tickets can be purchased at this very helpful link.

We’re also teaching not one, but two improv workshops while we’re in town! Those are also on Saturday, and slots are going fast! Check ’em out below:

See you in Washington! 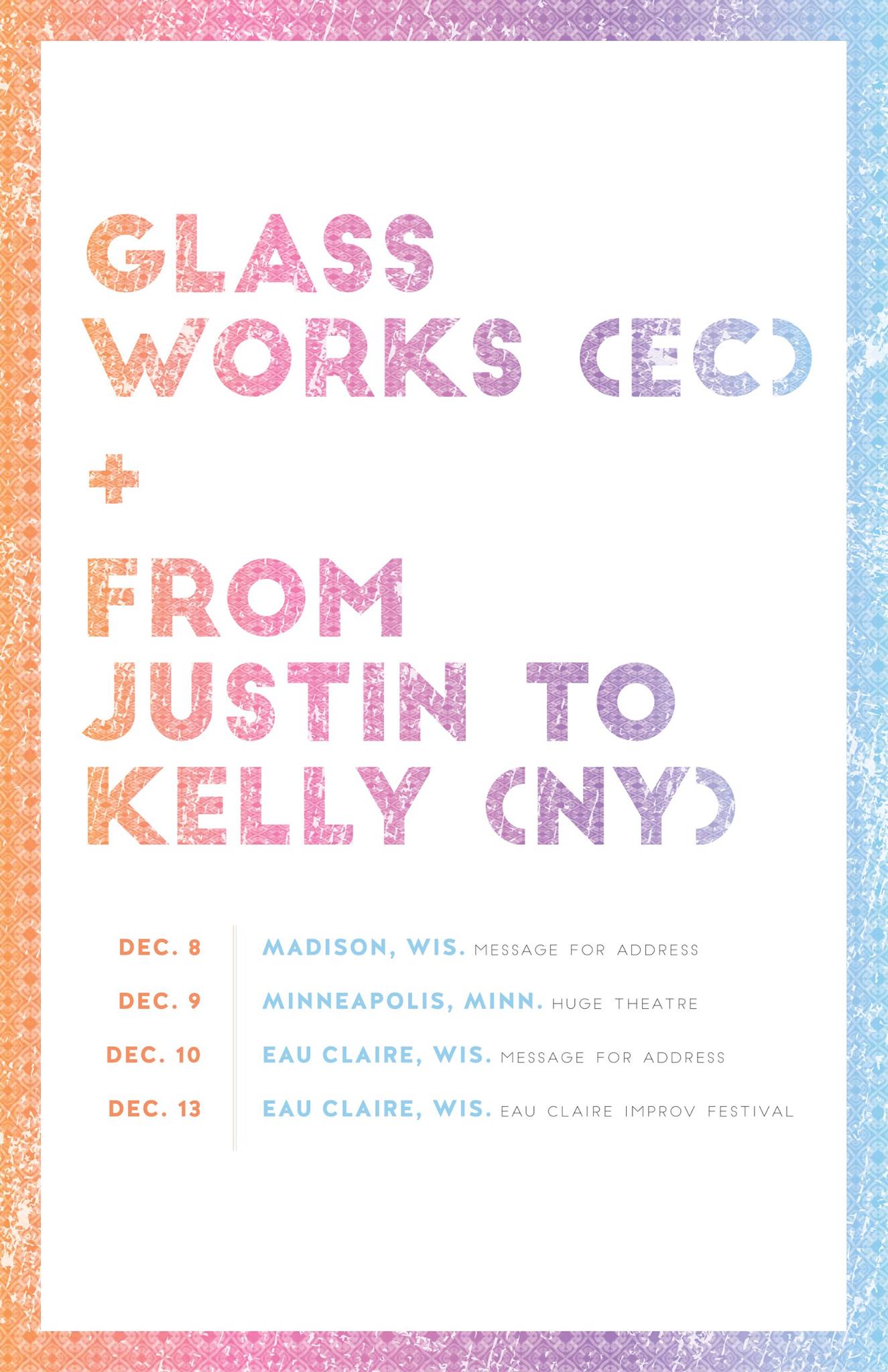 We’ve teamed up with our friends, the Eau Claire, Wisconsin-based trio Glassworks for a Midwest tour that’s happening next week! We’re doing shows in Madison, Minneapolis and Eau Claire, culminating in our performance at the Eau Claire Improv Festival. We couldn’t be more excited, and hope to see you on the road!

A husband and wife celebrate their wedding anniversary with a furtive tryst in their kids’ treehouse. 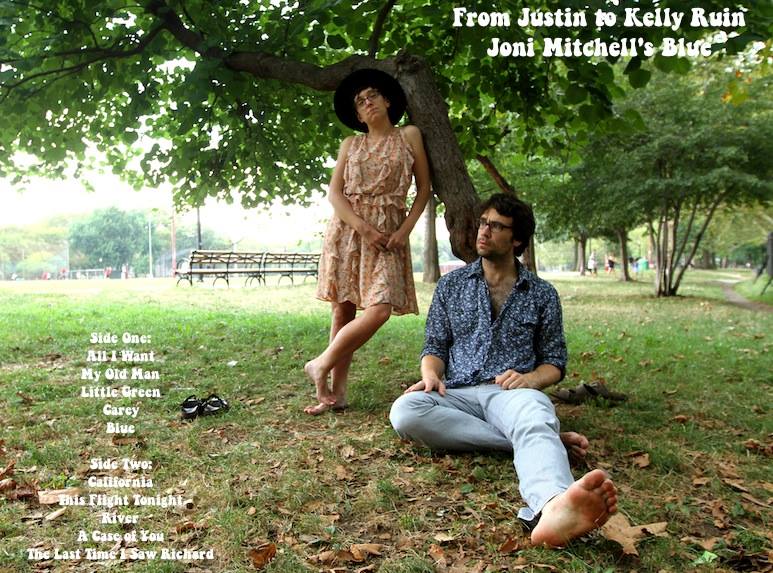 Friday, September 12th, 11:30 PM, at the Magnet Theater. A night of sketch and improv comedy inspired by one of the least funny albums of all time. Be there if you like folk-rock music, floral-print clothing, and inexplicable things.

An evening newscast goes awry when one anchor unexpectedly declares her love for the other.

Two deliriously sad middle-aged women — one who is paralyzed, one who has skin cancer — enjoy an afternoon at a public pool.

A relationship is thrown into crisis after a man with a peanut allergy unwisely orders a Thai chicken salad. 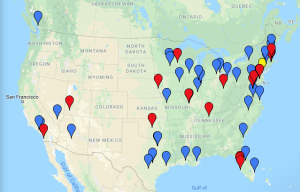 “I feel so grateful for my time spent with Justin and Kelly. The value they find in silence is truly inspiring to me – it’s an entire element of scenework that is too often ignored. They really know how to wring every drop out of each moment, nothing wasted. They teach you how to do more with less!” –Scott Braidman, Artistic Director, Happier Valley Comedy

“Justin and Kelly are exuberant, professional, and focused. In our workshops we felt the joy of playing in the present. We were challenged, but never felt pressured or overwhelmed. These two LOVE improv, and it was our treat to learn from them.” –Phil Gross, Syracuse Improv Collective

“Justin and Kelly bring a roundhouse kick of improv energy! They are flush with positivity and make everyone feel welcome and empowered to excel through their improv exercises.” –Zach Parker, Education Director, Theatre Cedar Rapids

“Justin and Kelly teach in a manner that will benefit any skill level of improvisor. Their exercises and side coaching will open your mind to fun new choices you can make on stage.” –James Murray, Producer, Improv Festival Oklahoma

“Kelly and Justin are patient, concise and generous teachers. Everyone raved about the workshop and absolutely had plenty of positive take aways to use in their next show.” –Jess Halpin, Providence Improv Guild